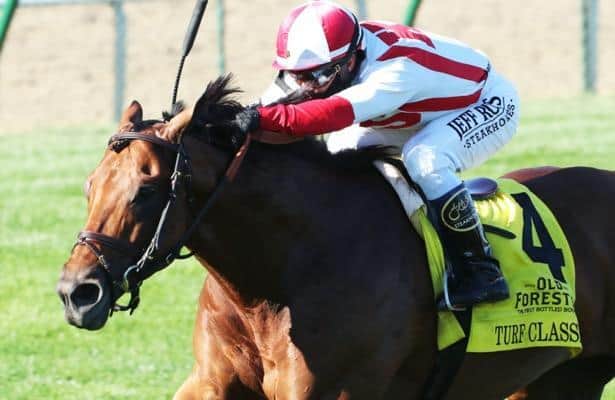 The South African racing and breeding pulled off a notable coup when Mauritzfontein secured the services of top racehorse Digital Age for the 2022/2023 breeding season.
A son of world leading sire, and outstanding sire of sires, Invincible Spirit, Digital Age was a multiple graded stakes winner whose five career wins included a triumph in the 2020 G1 Old Forester Bourbon Turf Classic Stakes at Churchill Downs.

The Chad Brown trained colt, who won the Turf Classic at four, also showed top-class form as a three-year-old with Digital Age landing the G2 American Turf Stakes at three and also finishing runner up in the Saratoga Derby Invitational.
Digital Age, who earned in excess of $1.263 million during his career, accounted for some outstanding performers during his career. Among those beaten by the son of Invincible Spirit were the G1 winners Bowies Hero, Cape Of Good Hope, Casa Creed, Henley’s Joy, Ivar, and Rockemperor.
The exciting Digital Age represents the best of all worlds as a stallion prospect -not only is he a top-class racehorse, but is a son of one of the world’s most popular and successful stallions.

Digital Age is one of more than 130 stakes winners sired by Green Desert’s G1 Haydock Park Sprint Cup winning son Invincible Spirit. Already responsible for 20 G1 winners, Invincible Spirit has already proved to be an excellent sire of sires. His once beaten, champion son Kingman rates among the best stallions in Britain, while his son I Am Invincible is currently leading the Australian General Sires List for the 2021-2022 season. (Already the sire of more than 40 stakes winners, Kingman stands for a fee of 150,000 pounds).

Other sons of Invincible Spirit to have sired G1 winners include Lawman, Mayson, Shalaa and Territories, while a pair of the stallion’s sire sons National Defense (whose first runners included the Breeders’ Cup winning Twilight Gleaming) and Profitable both made cracking starts with their first two-year-olds last season.

Invincible Spirit is also the sire of the Coolmore Stud based 2000 Guineas winner Magna Grecia, whose first crop are yearlings in 2022.

From the same Green Desert male line as current boom Cape sire Querari, Digital Age also sports a stellar female line to his name.
A half-brother to last year’s G3 winning two-year-old Acer Alley, Digital Age is out of a mare by US champion, and outstanding broodmare sire, Lemon Drop Kid. The latter, a maternal grandson of Lassie Dear, sired more than 100 stakes winners and ranks as broodmare sire of more than 70 stakes winners (among the notable performers thrown by daughters of Lemon Drop Kid are the Breeders’ Cup winners Bar Of Gold and Forever Unbridled).

Digital Age, whose first three dams are by Lemon Drop Kid, Sadler’s Wells and Darshaan respectively, is out of a half-sister to a G1 winning two-year-old, in the form of Moyglare Stud Stakes winner Cursory Glance, and his fifth dam is outstanding racemare, and Epsom Oaks victress, Time Charter.
Mauritzfontein have been able to secure this exciting prospect with the help of Ridgemont Highlands and Wilgerbosdrift.

The syndicate will comprise 50 shares and each share will get a bonus service in the first 4 seasons.
The share price (which includes transport from Kentucky, ARM insurance and first season congenital infertility) is currently R105,000 per share. (It could vary slightly depending on exchange rate)
Should you wish to join the syndicate, or require further information, please contact Jehan Malherbe on 083 252 8147 or email Jehan at jehan@aro.co.za 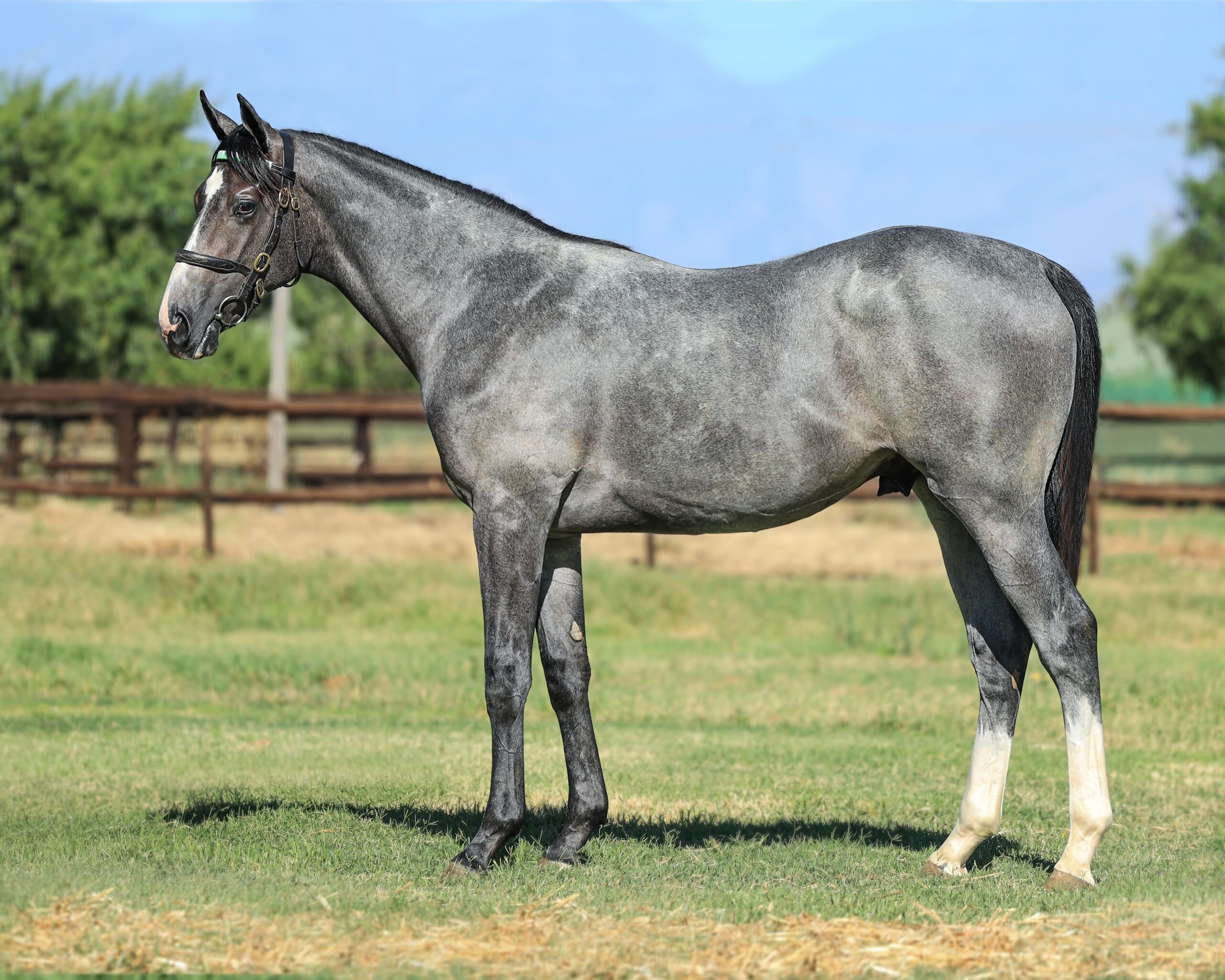