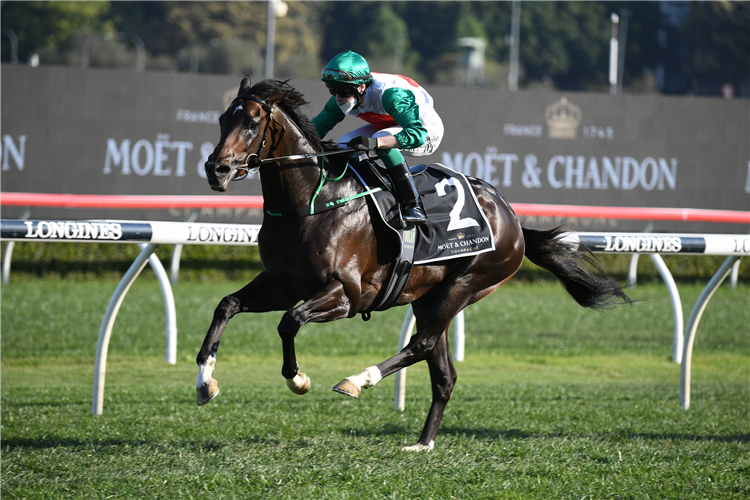 Given a positive ride by Robbie Dolan from an outside barrier, the Richard Litt-trained Profondo did some work early to sit outside of the Tivaci filly Never Been Kissed and the two drew clear to fight the race out.
The strikingly handsome Profondo was strong to the line to defeat Never Been Kissed by two and a quarter lengths with the Teofilo gelding Alegron a half-length back in third.
Profondo was making just his third start after winning over 1400m on the Kensington track at Randwick before a troubled second to Head Of State in the Group III Gloaming Stakes at Rosehill.

Profondo provided rider Robbie Dolan with his first G1 success, and the blue blooded colt is now likely to have a break.

The son of Deep Impact was the $1.9 million sale topper at the Magic Millions Gold Coast Yearling Sale in 2020.

Nine times champion sire in Japan, Deep Impact has had another great, posthumous year in 2021, with his flagbearers including 16 length G1 Cazoo Oaks winner Snowfall.

His high-class son Danon Platina, his sire’s only son at stud in South Africa, will be represented by his first yearlings in 2022.